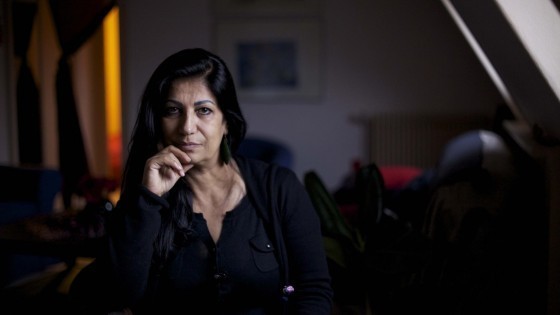 Exiled in Paris, the Syrian poet despairs for her country as the crisis there deepens.

Renowned and outspoken Syrian poet Hala Mohammad explains how she thinks poetry is central to the political change underway in the Middle East, and especially to the fight against Bashar al-Assad, the Syrian president.

Her work is respected for tackling memory, fear, alienation and loneliness and they are feelings which pervade this moving meditation from a woman trapped in exile for medical reasons.

She may be living in Paris, the city of romance, but her stay is marked by despair and claustrophobia as she is forced to watch from afar the deepening crisis in her country.

But even with her faith in politics exhausted, Hala retains her belief in the power of poetry to inspire change.

I have been visiting Syria all of my life and when the uprising began I felt hopeful that much needed change would come to the country.

However, as time goes on, and more people are killed, it becomes an increasingly painful struggle. At the same time, it has been inspiring to see and read about the artistic work and courage of protesters in Syria.

I wanted to find out more about how Syrian poets are responding to the conflict and uprising in their country.

When I came across the poems of Hala Mohammad I was struck by their clear, refined structures and use of everyday language to evoke her feelings and thoughts about what was happening in her country as she watched from afar, exiled in Paris.

I also wanted to use this film to highlight the work of artists, poets and protesters on the ground in Syria - people who have been finding creative ways to express and resist ever increasing violence and oppression.

director of the documentary 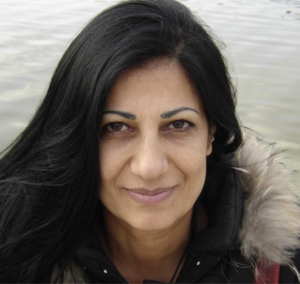 How did you get the idea for the movie? What inspired you to talk about the Damascus spring?

I don’t care about politics but I believe that the cause of political prisoners is a human cause and that freedom is a part of humanity. As a poet and as a filmmaker, I have always found utterly shocking to forbid freedom of expression. In Syria, it has become normal to silence people for the interest of a political or a ruling party. I couldn’t help but ask myself: is it possible that in the 21st century people are still fighting for the freedom to express their opinions? I don’t even consider these individuals political prisoners per se. They are poets, artists and intellectuals who were jailed simply for expressing their opinions. They did not even have the ambition to power but they had the ambition to develop life.

The idea of the movie came from a Dubai-based firm called “Hard Spot.” They organized a series of documentaries on prisons across the Arab word and they were looking for someone to talk about the literature of prison (Adab al-Sujun) in Syria. As you know, it was a big taboo to even mention this topic in Syria. Journey into Memory was the first movie to talk with real political prisoners about their experience in prison. I accepted to do it because it was an opportunity to showcase the movie on Al-Jazeera and in international film festivals.

I made a casting of political prisoners. I think I saw approximately 500 prisoners before I could cut it down to three people. I chose Yassin al Haj Saleh, Faraj Baiqdar and Ghassan Jibai because they really touched me. We agreed not to talk about politics but to focus on humanistic issues. We also agreed on the fact that this movie was about the future of Syria and not about dwelling on the past.

You produced this movie that most Syrians haven’t seen. What were the challenges or the struggles that you had to face when making or directing the movie?

We filmed shots of the Palmyra prison while hiding the camera the entire time. I wanted to film the door of the Palmyra prison so bad that I made the car pass in front of it 15 times to have a shot of a few seconds that I could use in the movie. You can’t talk about Palmyra prison without showing its door through which political prisoners pass and disappear from life. I was scared during the shooting of the movie but it was nothing compared to how scared I was during its broadcast. That’s when I realized what I did: I had broken all of the taboos and the wall of fear that had existed for 40 years. The regime relies a lot on people’s self-censorship. So what I did is that I got rid of my inner censor to work on my movie. During the projection of the movie, I was so scared that I wrote a poem on fear:

“I cannot stand this open window on estrangement

It is like a wall, I cannot see through it”

I was so scared that when I was standing in front of a window, all I saw was darkness. The freedom that I had been working on so hard during the movie was drawn in fear in this particular moment. Of course, secret services attempted to intimidate me by interrogating me on a daily basis. It was meant to make me feel watched. But I don’t like to complain about it, especially right now during the revolution because I feel it is my duty to fight for freedom, justice and equality.

What do you think is the role of an artist in society? Should an artist be political?

In my opinion, no artist can accept the humiliation of the people he belongs to while he sits back to enjoy his stardom. I think this is selfish because an artist cannot be free on his own. Even apolitical artist should be sensitive to injustice. Artists should use their talent to push society forward and should work for expanding freedom. Otherwise, he is no longer an artist but a businessman (tajer) who sells himself.

How do interpret the support of some Syrian artists to the regime and the silence of others?

To be honest, some artists benefit from the regime, some of them are scared and others believe what is said on state media. But a lot of them are in a state of schizophrenia. In the media, they seem pro-regime but when you talk to them in private, they actually support the revolution. More importantly, there are a lot of Syrian artist who have stood up with resistance long before the start of the uprisings. I believe that the amount of people supporting the revolution outpace the number of supporters to the regime. If the repression could subside a bit, I think that we would see a lot of these artists come out to speak up their minds.

What do you think these movies can contribute to the uprisings?

To be honest, I don’t know. I think that Syrians with their camera phones filming protests are the most important filmmakers right now. I can simply be a witness and say no to violence and no to repression. My conscious is relaxed because I feel in sync with the streets: they sing, they draw and they film their opposition to the regime. The Revolution has shown that the Syrian people are an artist.

Line (pronounce Leen) is a first year student at the MAAS program where she specializes in political science. Born and raised in France with Syrian roots, she enjoys creative writing and drawing. Her research interests include social media, the Arab youth, communication in the Arab world and more specifically the role of art in the Syrian uprisings.