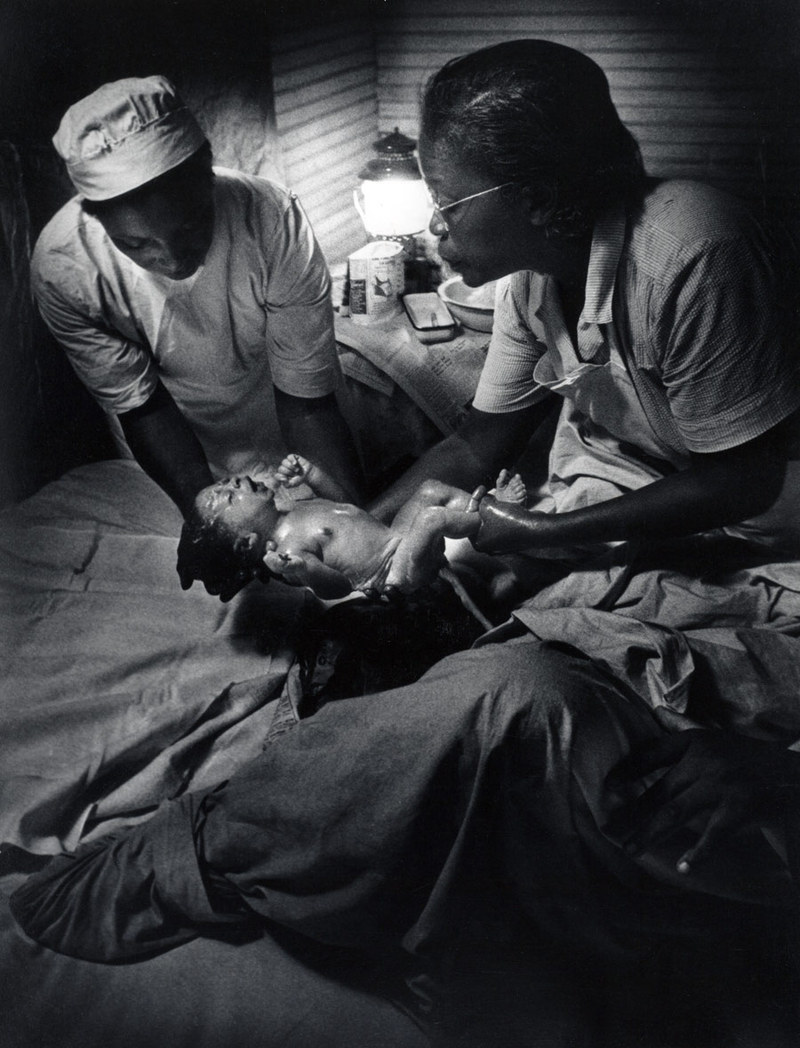 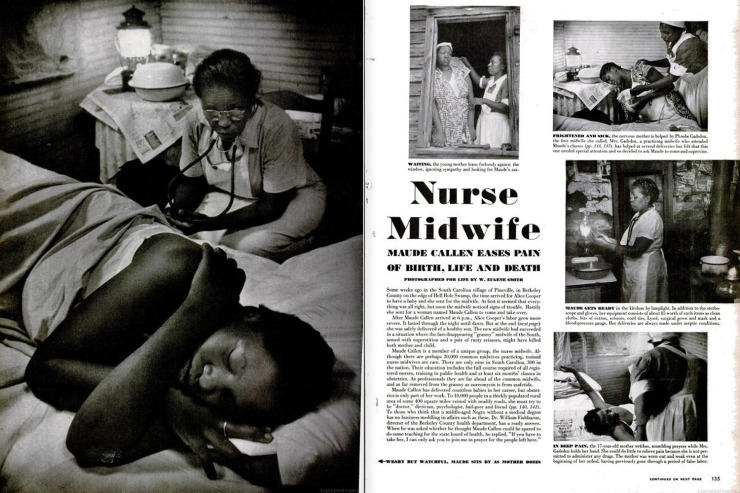 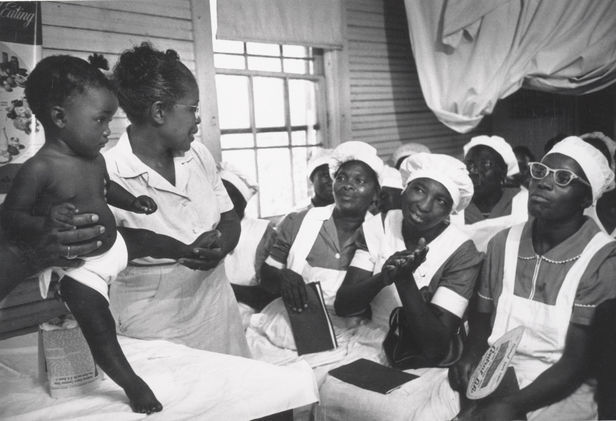 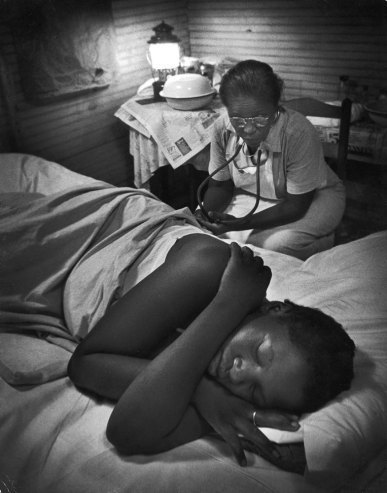 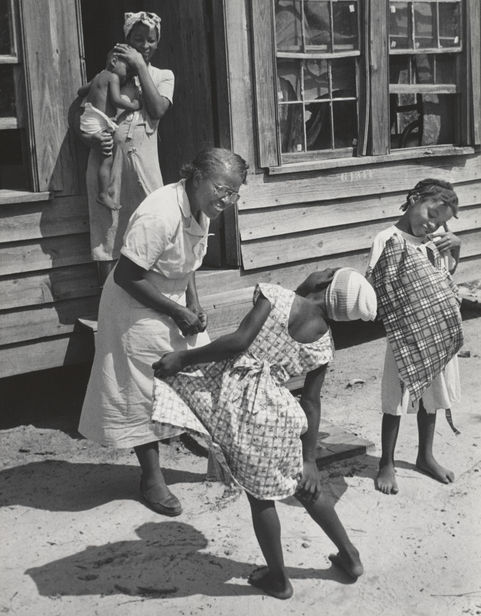 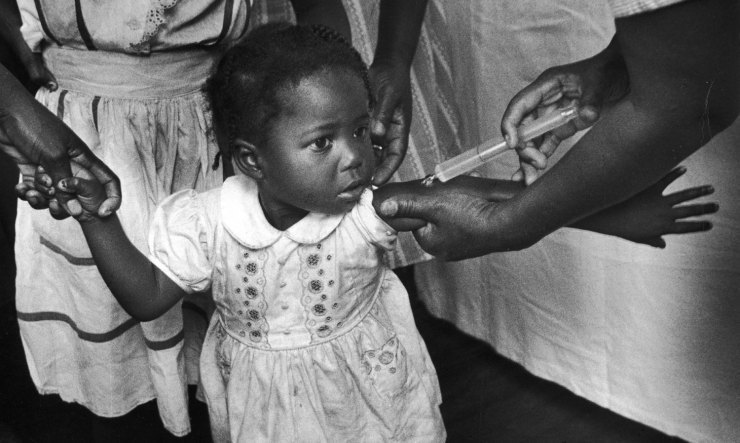 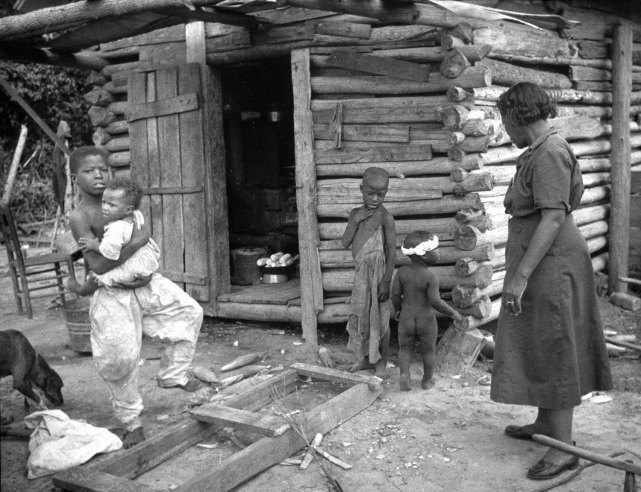 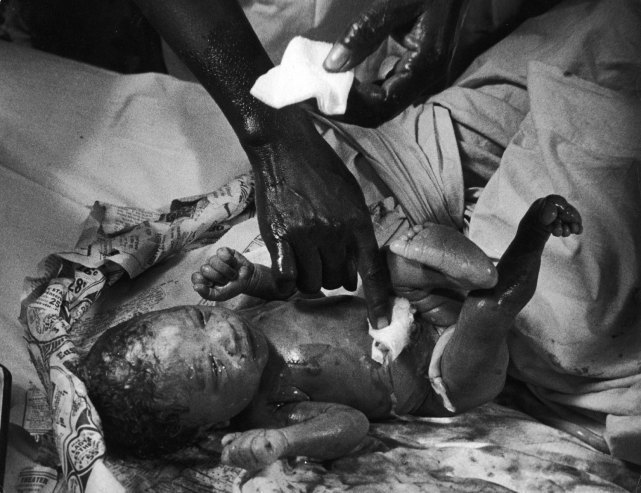 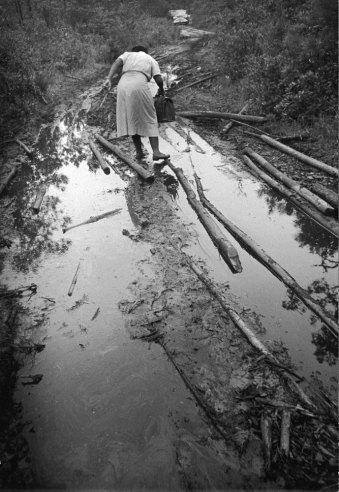 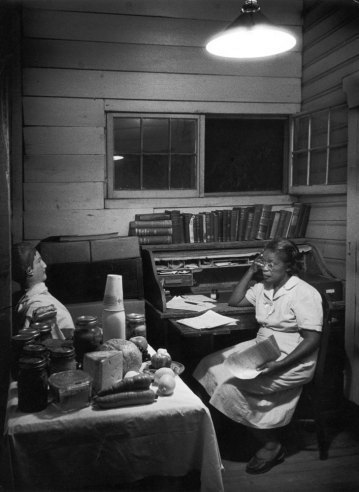 In December 1951, LIFE published one of the most extraordinary photo essays ever to appear in the magazine. Across a dozen pages, and featuring more than 20 of the great W. Eugene Smith’ pictures, the story of a tireless South Carolina nurse and midwife named Maude Callen opened a window on a world that, surely, countless LIFE readers had never seen — and, perhaps, had never even imagined. Working in the rural South in the 1950s, in “an area of some 400 square miles veined with muddy roads,” as LIFE put it, Callen served as “doctor, dietician, psychologist, bail-goer and friend” to thousands of poor (most of them desperately poor) patients — only two percent of whom were white.

Calling Maude Callen a heroic figure — especially today, when the word “hero” is thrown around like confetti — might strike some as problematic. She was, after all, not really risking her life in her daily and nightly rounds. But how else should we characterize a woman who saved so many others through her work, and who firmly, compassionately delivered into the world so many children who, without her intervention, might well have died at or shortly after birth? What else do we call someone who dedicated seemingly every waking moment to helping others — in a time and place where pain and want were the rule, rather than the exception?

The article in LIFE, titled simply “Nurse Midwife,” that chronicled Callen’s work and her unique role in her community is a companion piece, of sorts, to Smith’s landmark 1948 essay, “Country Doctor.” Spending time with the two essays, one gets the sense that Maude Callen and Dr. Ernest Ceriani of Kremmling, Colorado — while physically separated by thousands of miles, as well as by the even broader, thornier barrier of race -— would not only understand one another, on an elemental level, but that each would recognize something utterly familiar in the other. Their lives and the landscapes they navigated might have been as different, in critical ways, as one can possibly imagine; but in the essentials, they were kindred spirits. They were healers.

Here, on the heels of the 33rd annual W. Eugene Smith Grant ceremonies in New York, LIFE.com presents “Nurse Midwife” in its entirety, as well as images that Smith shot for the story but that were never published in LIFE.

The story in LIFE began this way, setting the stage for what one reader called, echoing the numerous awe-struck letters to the editor published in a later issue, “one of the greatest pieces of photojournalism I have seen in years”:

Some weeks ago in the South Carolina village of Pineville, in Berkeley County on the edge of Hell Hole Swamp, the time arrived for Alice Cooper to have a baby and she sent fr the midwife. At first it seemed that everything was all right, but soon the midwife noticed signs of trouble. Hastily she sent for a woman name Maude Callen to come and take over.

After Maude Callen arrived at 6 p.m., Alie Cooper’s labor grew more severe. It lasted through the night until dawn. But at the end she was safely delivered of a healthy son. The new midwife had succeeded in a situation where the fast-disappearing “granny” midwife of the South, armed with superstition and a pair of rusty scissors, might have killed both mother and child.

Maude Callen is a member of a unique group, the nurse midwife. Although there are perhaps 20,000 common midwives practicing, trained nurse midwives are rare. There are only nine in South Carolina, 300 in the nation. Their education includes the full course required of all registered nurses, training in public heath and at least six months’ classes in obstetrics.

Maude Callen has delivered countless babies in her career, but obstetrics is only part of her work… To those who think that a middle-aged Negro [sic] without a medical degree has no business meddling in affairs such as these, Dr. William Fishburne, director of the Berkeley County health department, has a ready answer. When he was asked whether he thought Maude Callen could be spared to do some teaching for the state board of health, he replied, “If you have to take her, I can only ask you to join me in prayer for the people left here.” 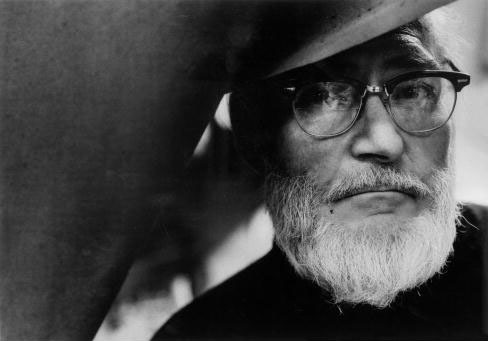 For W. Eugene Smith, work mattered. Throughout his legendary career, he sought out and chronicled the lives and the labor of people who knew their craft. Whether he was photographing a world figure like Dr. Albert Schweitzer in Africa or anonymous Welsh coal miners; a doctor in the Rockies or a midwife in South Carolina; Smith saw something noble in hard work, and something profoundly admirable in men and women who cared enough to do their work well.

But one would be hard-pressed to find anyone who ever appeared in LIFE’s pages whose humble and necessary work merited more admiration than that of the unforgettable, unbreakable nurse midwife of Smith’s 1951 photo essay. After the piece was published, LIFE subscribers from all over the country sent donations, large and small, to help Mrs. Callen in what one reader called “her magnificent endeavor.” Thousands of dollars poured in — sometimes in pennies and nickels, sometimes more — until, as LIFE later reported, she was overwhelmed by the response.

“Halfway through a recent day’s mail, [Mrs. Callen] said to her husband: ‘I’m too tired and happy to read more tonight. I just want to sit here and be thankful.’”

Eventually, more than $20,000 in donations helped to build a clinic in Pineville, where Mrs. Callen worked until her retirement in 1971.

In later years, Maude Callen was still (rightfully) being celebrated for her life’s work. She was honored with the Alexis de Tocqueville Society Award in 1984 for six decades of service to her community, and in 1989 the Medical University of South Carolina (MUSC) awarded her an honorary degree, while the MUSC College of Nursing created a scholarship in her name.

Maude Callen died in 1990 at the age of 91 in Pineville, South Carolina, where she had lived, and served, for seven decades.

— Ben Cosgrove is the Editor of LIFE.com