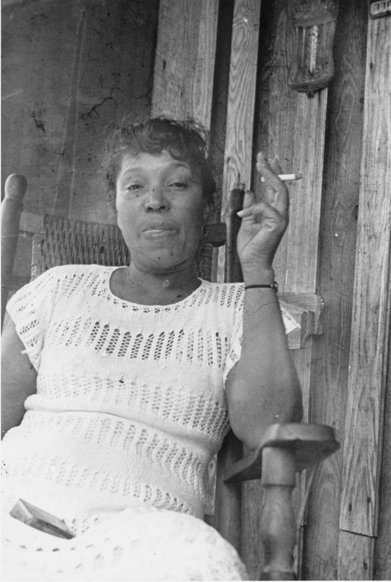 I read Alice Walker’s essay “Looking for Zora” when I was in college. I had never heard of Hurston and it would be several years before I actually read any of her work. I’ll admit that I am not a fan of her most famous novel “Their Eyes Were Watching God.” I much prefer her short stories (one of my favorites is “Sweat”).

Since my introduction to Hurston in college, I’ve read her memoir “Dust Tracks on a Road” as well as other books about her life and work. I have found her to be complicated like most of us are. She appears fearless and also insecure. She fought for herself at a time when other women were circumscribed from opportunities. Her racial politics are not mine and she never defined herself as feminist. It turned out that Walker presented (by necessity?) a very truncated version of Hurston’s life, work, and especially her politics.

When I read Robert Hemenway’s “Zora Neale Hurston: A Literary Biography” (1977), I learned for the first time about the sex scandal that eventually led Hurston to leave Harlem for good. The incident is only mentioned in passing.

It’s been on my long list of future projects to learn more about this incident as a way to better understand how black women interacted with the criminal legal system in the early through mid-20th century. Virginia Lynn Moylan’s biography of Hurston’s final decade provides useful information and context about the false molestation charges leveled against her. 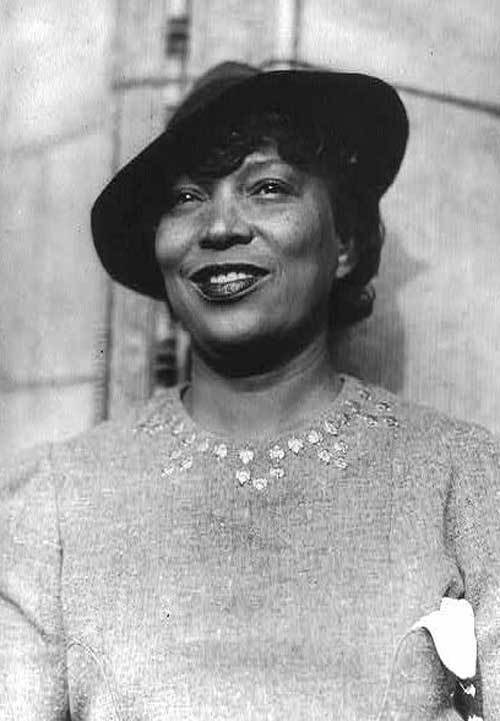 In September 1948, Zora Neale Hurston was arrested and jailed after being accused by the son of her former landlady (Mamie Allen) of molesting him and two of his friends. The charges were fabricated as Billy Allen, Hurston’s chief accuser, suggested that the abuse happened while Hurston was in Honduras and upstate New York. Hurston apparently offered to take a lie detector test to prove her innocence but the police did not pursue this.

Hurston only spent a few hours in jail and then was bailed out by her friend and editor Burroughs Mitchell. Zora wanted to prove her innocence and requested a preliminary hearing which took place on September 21, 1948. Moylan (2011) explains what happened:

“During the hearing, District Attorney Frank Hogan presented no evidence other than the lurid testimony of the three boys. Billy claimed that he and his friends had met Hurston and the other adults (whom she had never met) every Saturday afternoon at 4:30 for almost two years in the basement of a West 124th Street building and were paid 50 cents to allow one of the adults to have oral sex with them while the others watched. Only one of the other adults, a black male janitor, was formally charged. The third defendant, a Hispanic mother of four who owned a nearby candy store, was not arrested (p.40).”

Billy Allen, Hurston’s chief accuser, was apparently known in the community as suffering from mental problems. In fact, according to Moylan (2011), “Hurston had advised his mother to take him to Bellvue Hospital for psychological evaluation and treatment, which she did for a time (p.41).” Mayme Allen told the district attorney that she didn’t like Hurston and even resented her. Neighbors told Hurston that Mrs. Allen may have been the instigator of the false accusations as a way to have her son committed. Even after it was revealed in the preliminary hearing that the three young men who had accused Hurston of molestation were actually having sex with each other on Saturdays in the basement, the presiding judge Francis X. Giaccone ruled that the case would proceed to criminal court. Hurston was charged with one count of assault in the second degree, three counts of sodomy, and one count of “placing a child in such a situation as likely to impair morals.”

Because the case took place in juvenile court, the proceedings had been sealed and confidential. Hurston was fairly confident that she would be found not guilty of the charges against her. Then in October, an employee of the court leaked the story of the molestation charges to two black newspapers. Both the New York Age and the Afro-American ran stories about the case. The Afro-American stories were particularly lurid, salacious, and not factual.

Hurston was crushed. She felt betrayed by her own community. She was suicidal. She wrote to her friend Carl Van Vechten: “No acquittal will persuade some people that I am innocent…All that I have believed in has failed me. I have resolved to die.” With support from some of her good friends, Hurston’s spirits rallied and in March 1949, the New York City district attorney announced that his office had decided that Hurston was innocent of the charges. It turns out, however, that as early as November 1948, Billy Allen had already admitted to investigators that he had made up the story after his mother had discovered him having sex with his friends. The District Attorney’s office sat on this confession for months before proceeding to drop the case against Hurston and the other defendant.

The false accusation destroyed Hurston’s reputation and left a major imprint on her psyche. Hurston held a grudge against many including W.E.B. Dubois and Richard Wright who were some of the toughest critics of her work. In a letter to the editor of Opportunity Magazine, Charles Johnson, Hurston railed against both men implicating them in her misfortune:

“Because I openly expressed my scorn of them, they got up what they took to be an unbeatably wonderful scheme to kill me off forever. Only these monumental ‘intellectuals,’ in their ecstasy, did not take the time to find out where I was when they stated the dates for things.”

There is no evidence beyond Hurston’s own words that Dubois or Wright had anything to do with the morals charges against her. But it is indisputably true that neither came to her defense when misfortune struck. This episode in Hurston’s life left lasting scars… A decade later she died in obscurity in Florida.

Note: The following recording of Hurston singing was recently discovered. Listen to her sing “Uncle Bud,” a prison blues song in 1940. One gets a sense of her personality through hearing her voice: