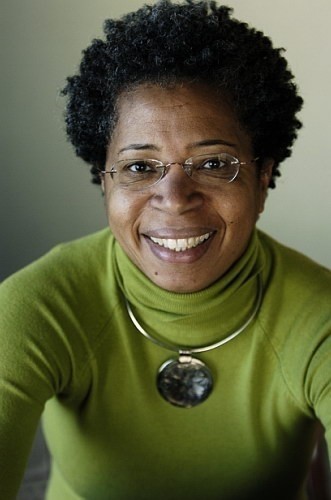 Canadian poet Dionne Brand reads from the poem "thirsty" from the collection thirsty, shortlisted for the 2003 Griffin Poetry Prize. 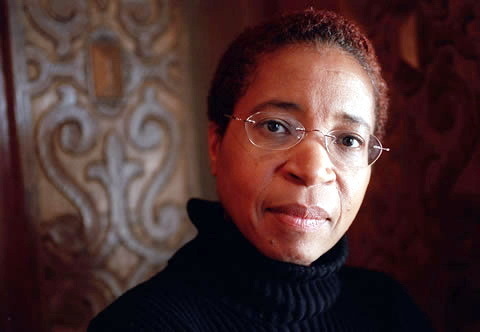 Born in Guayguayare, Trinidad in 1953, Dionne Brand moved to Toronto, Canada after graduating from Naparima Girls' High School in 1970. She earned her B.A. in English and Philosophy from the University of Toronto and M.A. in the Philosophy of Education from the Ontario Institute for Studies in Education. She has taught English Literature and Creative Writing at Guelph, York, and Toronto Universities and poetry writing at West Coast Women and Words Summer School in Vancouver, as well as at the Humber School of Writing in Toronto. She was a Writer in Residence both at the University of Toronto and at the Halifax City Regional Library.

In addition to being a writer, Brand is a social activist who contributes greatly to black and feminist communities. As Carmen Lassotta explains, Brand has been a member of the Communist Party of Canada, and remains committed to Marxist ideas, particularly to the principles of equal distribution of the world's wealth and ending the exploitation of the labor of the majority of the world's peoples.

In addition to teaching, Brand has worked as an editor, writer, and researcher for a number of alternative journals and papers, including Spear, Fuse Magazine, Network, the Harriet Tubman Review, Poetry Canada Review, and Canadian Women's Studies and Resources for Feminist Research. She was the founding member and editor of Our Lives, Canada's first black women's newspaper. Her political and social work includes chairing the Women's Issues Committee of the Ontario Coalition of Black Trade Unionists, helping to organize the Black and Native Women's Caucus of the International Women's Day Coalition, working for Toronto's Black Education Project, and serving on the board of the Shirley Samaroo House, a Toronto shelter for battered immigrant women. She has also been a counselor at the Immigrant Women's Center and an Information Officer for the Caribbean Peoples' Development Agencies.

Brand conveys her politics in her poetry, essays, and films, as well as through her community activism. Primitive Offensive and Winter Epigrams and Epigrams to Ernesto Cardenal in Defense of Claudia are her first two books of poetry that deal explicitly with political issues. They especially address colonial oppression and imperialism. Her subsequently published book, Chronicles of the Hostile Sun, is a reaction to the U.S. invasion of Grenada. In her writing, Brand also shares her theories about what it means to identify oneself as "multicultural" and her own experiences as a Canadian immigrant and as a lesbian.

Brand situates her writing internationally, in the context of literature by other racial minority authors. In commenting on her influences, she has said, "What some white reviewers lack is the sense of what literature that is made by Black people and other people of colour is about. If you read my work, you have to read Toni Morrison . . . Derek Walcott, Rosa Guy, Jean Rhys, Edie Brathwaite, and African writers and poets . . . I'm sitting right in the middle of Black Literature, because that's who I read, that's who I respond to" (Books in Canada, October 1990: 14).

Works by the Author

Works about the Author

University of Toronto Library: Canadian Poets
This page has a brief biography on Dionne Brand with a promise of more to come.

Northwest Passages: Author Profiles
This biography includes a long quote from Brand, pinpointing the origins of her desire to write.

Report a dead link or suggest a new one by emailing voices@umn.edu.

This page was researched and submitted by Eleanor Ty on 12/4/00 and edited and updated by Lauren Curtright on 8/20/04.